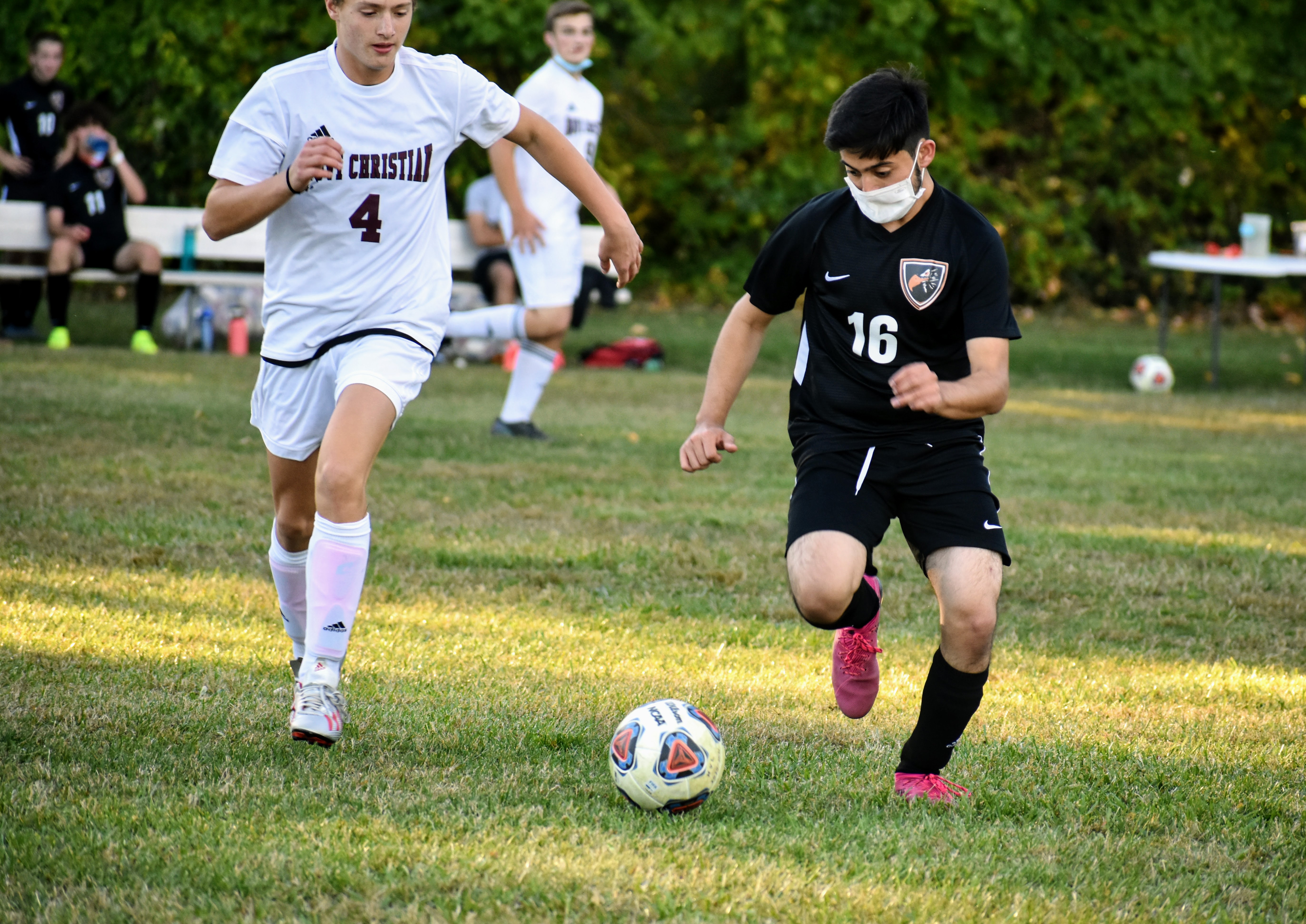 The Hawks were fired up and ready to play Lutheran Westland in the first round of district play on Thursday. The Hawks had just played Lutheran Westland on Tuesday, losing 2-0 in a hard-fought game. The Warriors scored first with 2 goals in the first 20 minutes. Jack Beeskow was the first to find the net for the Hawks at the end of the half with a penalty kick to make the score 2-1. The Warriors scored their 3rd goal at the start of the second half. The Hawks had numerous shots on goal in the second half but just could not get one in.

The Hawks finished their season with an overall record of 5-5 and 2nd place in the MIAC Red Division. Thank you to our players, coaches, and fans for a fun season.